Common wire required in US?

Hello - my home HVAC wiring only has R,G,W, and Y, no C wire. Will hestiapi touch one work without a common wire?

Was your previous thermostat battery operated? If so you may need to provide separate power to it like this:

An alternative to powering using USB, which can be a little challenging to get plugged/wired to the Pi because the micro USB ports are blocked I opted for a C-Wire Adapter (this is the one I bought https://www.amazon.com/gp/product/B07P3J93GQ/ref=ppx_yo_dt_b_search_asin_title?ie=UTF8&psc=1). It basically provides the 24v that would normally power the thermostat if you had a C wire on your unit. It works like a champ and is a little easier to wire in but most importantly, the wire is thin and ver…

Sometimes the Common wire is cut back and the Y is connected to the common. If you peel back the cable, you might find the Common.

thanks for the replies everyone. Yes my previous thermostat was a dumb, battery-operated device. I verified my HVAC cable has only 4 wires, no common wire.

For the benefit of anyone who searches this topic in the future: I found two options for older wiring:
First, as suggested in the prior thread, a C Wire Adapter/24V transformer the are many on Amazon (the one in the prior thread is no longer available)
Second, this product installs on the the end of the HVAC cable and at the furnace circuit board. It seems favorably reviewed on Amazon

I don’t like option 1 because I don’t have a nearby electrical outlet where the termostat is installed. And I want a “clean” appearing thermostat with no visible wires.

Checking the specs looks ok. Please confirm here if it was tested ok

Now it’s summer and we wanted to fix things up. After several failed attempts involving janky wiring, I decided to run a common wire down from the transformer in the attic down the pi. This did not work. It did power the pi, but when the compressor kicked on, the pi immediately turned off.

My next attempt was to disconnect that common wire and connect an external power supply (5V DC @ 1A). This worked once, but then every time the air conditioning kicked on the pi would lose power (just like when I was using the common wire to the transformer).

I desoldered the 24V AC -> 5V DC converter and tried again and this time it worked fine. The moral of the story here is that if you are in the US, you have separate heating and cooling systems, and your old thermostat required batteries, then you are almost certainly going to need a hestia pi without the AC -> DC converter.

Now that I’ve learned all of this, I plan on updating the wiki and the owner’s manual to include these details. I’m not sure when I’ll get around to it, but it was a pretty large hassle over the past few days (especially with booting taking at least 10 minutes), so I am motivated to make sure this is documented at some point (before I install a second hestia pi)!

To @gb13717, if you try that product that adds a wire, please report back on whether it works. I’d like to make sure I add that to the documentation as well. If that works when the HVAC is all one system (instead of two independent systems, as was the case for me), I’d like to make sure people know about it. I’m not happy about having external power, especially since there aren’t any power outlets on that side of the hallway.

Hi yes it’s on my desk waiting for me to get around to it. I plan on getting to it next week I’ll keep y’all posted!

I installed the adapter and it seems to work…I think? HestiaPi powers on but I’m only getting a blank white screen on the LCD 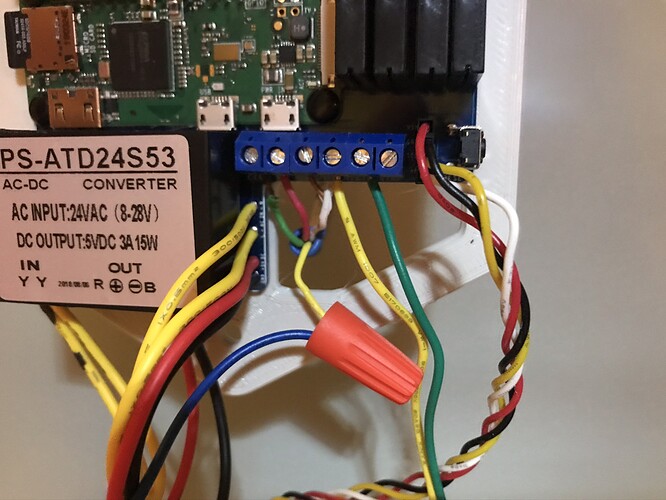 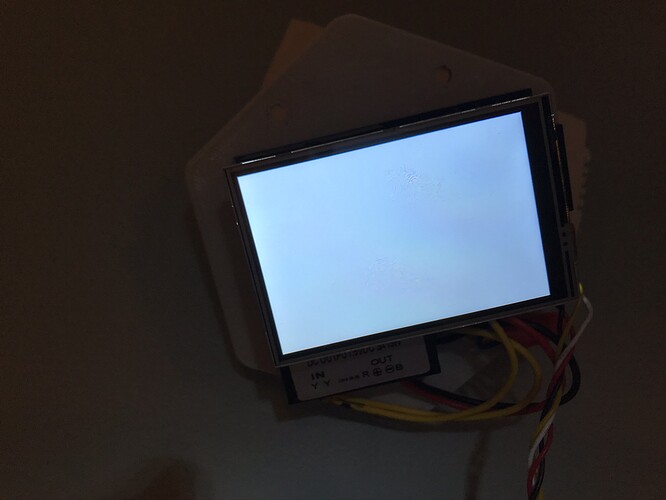 [SOLVED]Unreliable power from PSU (US HVAC) Get help!

I assume we have a bad solder point. If you can solder, simply refresh the pins from the bottom of the PCB at the Pi’s location (not the LCD). Try and allow the solder to flow in the solder hole of the pin by holding the PCB flat with the solder points facing upwards and simply reheating for 3-4 seconds with a fine soldering tip each pin. This soldering technique even though it saves space, it caused many issues as some points appeared ok with continuity test before shipping. When the PCB was …

that fixed it, thanks