Converting Touch to use a pi3

I have the original version of the HestiaPi touch using a pi zero, I am planning on converting it to use a pi3.
I think that what I need to do is unsolder the zero off the PCB, fit some extra long header pins? or some sort of ribbon cable? Then modify the case to fit it into.
I’m wondering how easy it will be to unsolder the zero off the PCB?
I’m wanting to use a pi 3 because I am using Openhab for a lot more than controlling the heating and I’m finding the zero a bit slow and if I need to reboot, it takes a hell of a long time to boot back up!
Thanks
Lian

I’ve a few comments, taking into consideration that my expertise is primarily on the openHAB side of things, not the hardware.

This will let your HestiaPi run relatively independently from your main home automation which is likely going to be constantly changing and upgrading.

Making a new case isn’t a problem, I have a 3D printer to make my own, also my HestiaPi is in a cupboard so boring square box will be fine.
I’ve just found a spare Pi 3B so don’t need to buy one now

I see your point about running a separate OH instance.
I also use another Pi zero that runs Node Red to do most of my automation at the moment, lights via MQTT and RF transmitter, control a few sets of blinds and some outdoor lights via a IR transmitter.
OH and the HestiaPi has become an extension of that, that I want to build on.
I have made a lot of customizations to the HestiaPi rules etc. to get it to operate how I want it to, using two wifi thermostats and various automations to set the temperature setpoint and which thermostat to use, I’ve done all this via text files. I can’t see me upgrading to new releases of HestiaPi software (I may use some new ideas from it but I’ll sort that out myself) but I will no doubt upgrade OH from time to time.
I’m hoping that upgrading OH wont cause too many problems? I usually test any upgrades on a separate Pi before using it for real.
The boot time is the main reason that I want to do this also to get a customizable touch screen as well.
Also the time it can take to get any rule changes etc. to update and running puts me off doing more customisations especially if I run into problems.
I usually get things working by trial and error

I can’t see me upgrading to new releases of HestiaPi software (I may use some new ideas from it but I’ll sort that out myself) but I will no doubt upgrade OH from time to time.

Also the time it can take to get any rule changes etc. to update and running puts me off doing more customisations especially if I run into problems.

With the v1.2 release boot times are now down to 10 minutes and updates to rules, Items, or Things are processed and enabled nearly instantly. But there is no more default.rules. All the Rule are now in JSONDB written in JavaScript. Even on a regular RPi 3 it takes a long time to parse .rules files.

When I say the HestiaPi software I was thinking of the releases that the HestiaPi team come up with.
Is OpenHAB really that bad to update?
Done it a couple of times, the biggest change I had to do was the mqtt configuration.
I always keep a backup SD card and test the upgrades on another machine first so if things go wrong I just need to pop the other card back in.
When I’ve done tests on a pi3 in the past its booted ok in a couple of mins, I’m happy with that.
Having a working and customisable touch screen is what I want to achieve as well as quicker boot times.
Think I’ve got all the bits to build my own version of the HestiaPi based around my pi3 without dismantling my existing setup apart from the temperature sensor.
So I’m going to give it a go

Is OpenHAB really that bad to update?

As I understand it no, it’s not openHAB. It’s a custom built Mosquitto, drivers for the the LCD screen, and other stuff like that that makes updates challenging. Of course there can be breaking changes in OH to that can cause an update challenging, but usually not.

But to go from HestiaPi v1.1 to v1.2, in order to bring down the boot times from 30 minutes to 10 minutes required a complete rewrite of the rules. The rewrite also eliminated almost all of the duplicated code and the need to have two separate versions of the rules, one for EU and one for US. Now that has been done upgrades to OH should be very smooth and easy, unless and until you move to a new version with breaking changes (e.g. OH 3 has lots of breaking changes).

I was looking for a power supply the same but couldn’t find a more powerful one which is a shame as they are a nice size etc. and appear to be very reliable. Used them in a few projects.
I’ve decided to use an official pi power supply, a lot bigger but I’ve got plenty of space for it.
I do have a couple of pi’s working away 24h a day 7 day a week. One was not given any trouble for around 2 years now, it is in a fairly open plastic case with some basic heat sinks stuck to it. Hopefully something similar will be ok.

which is a shame as they are a nice size etc

I’ve finally got round to progressing this idea and have got my Pi3 working with my openhab setup.
The only bit that I’m stuck with now is getting the screen to work.
For reasons that I don’t really remember now

I started off by installing openhabian, so it turns out that there is no GUI installed with openhabian.
So my question is, what is needed to get the hestiapi display working?
Do I need to install something like Pixel or is there someway to get only the hestiapi interface to be displayed without a full GUI?

Did you base your installation off any of this: 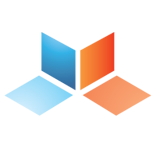 No. This would add unnecessary load for the graphics and all while none will be shown.

No, I just put an image of openhabian on my SD card, then installed some bindings etc. Copied the scripts across from my working Hestiapi and things, items, rules files.
Had to change the permissions etc. to get the scripts to run.
OpenHAB is working fine just trying to figure out the display now.
I can see from your link that there are a few steps that will hopefully help me.
I’ll give them a try.
Thanks

My screen is now displaying lines of text as the pi boots up, reinstalling the driver got it to come on.
In the manual installation instructions what does this line do?

In the manual installation instructions what does this line do?

It installs all the needed applications at one go to save time.

I get a couple of errors,

What raspbian version do you start off at the beginning? I assume you use something different and the 2 apps are not found on yours.

What raspbian version do you start off at the beginning? I assume you use something different and the 2 apps are not found on yours.

Buster is a totally different set of apps and settings that are needed but we have actually revived our last attempt to migrate our code to Stretch or Buster so stick around and we will announce the steps once we get them complete and tested. Also a ready image to flash is what we usually do as well to save you from all the trouble.

I’ve had a play with that myself but was unsuccessful, mainly because I haven’t a clue what’s going on