So I’ve (very belated) gotten around to setting up my Hestia Touch. It’s been sat on my desk a while

I’m going to be using it as a remote temp sensor / touchscreen for a HomeAssistant-driven setup, so these are my steps so far:

This is all working fine

. However, the onboard BME sensor is not happy:

That would suggest a wiring issue, but as far as I can see, the sensor is connected tightly, nothing seems loose. Any suggestions for what to troubleshoot next, @HestiaPi?

I assume the sensor is wired Vin to Vin to the PCB, right? I know its obvious but I need to ask.
Do you see any physical damage to the sensor board? It is relatively robust.

It’s how you sent it to me 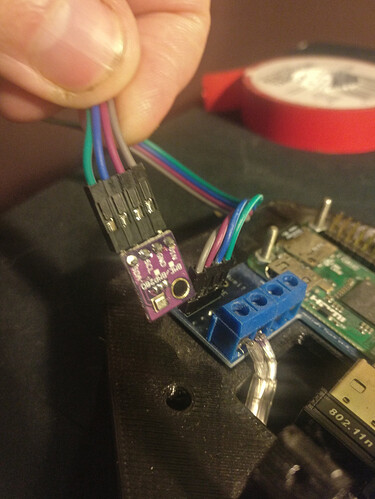 Does the command:
sudo i2cdetect -y 1

If it does not, measure voltage between Vin and GND (should be 3.3V) and check continuity between BME board and Pi pins for SDA and SCL with pins 3 (GPIO2) and 5 (GPIO3) respectively: 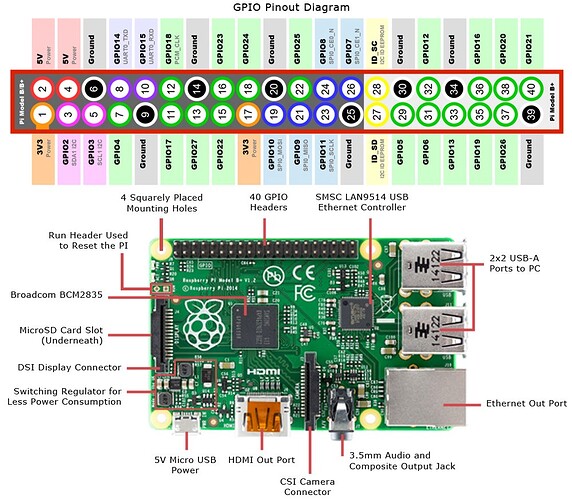 Are the Dupont cables soldered to the board? I was going to tug out the SDA cable and check the board had continuity, but I can’t shift it

You actually have a (very) old board as it is over a year since I sent it and a lot has changed since then.
I was getting some people pulling the dupont wires while assembling so I soldered them to be sure as removing them is not really needed at any point. With the continuity test, try to detect where it is broken. I suspect it is the soldering of the Pi on the PCB on that pin, so place one probe from one side of the PCB and the other probe on the other. Having a third hand would be handy these days…

Guess that means I’ll have to take it apart …

yes
remove the 4 nuts if there is no continuity between pin 3 and pin SDA on the main PCB (not the BME board).
Hey, at least it sounds like an easy fix instead of having a broken sensor

I took it apart, tested

No faults on either pin. Powered it up without reassembling, and it works!

Now to reassemble and hope it was just something loose…

Did you not re-solder anything? 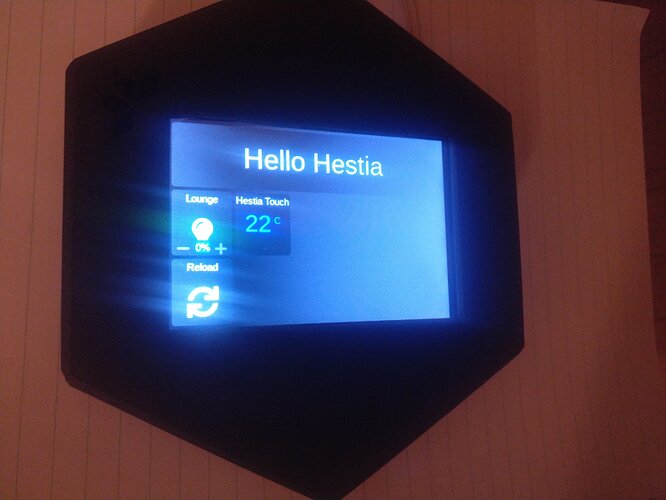 Did you not re-solder

Correct, no changes to the board at all, other than removing the screws so I could access the back of it. Probably user error - thanks for the help

thanks for the help

Yeah, I’m not using your UI at all, just a browser pointed at my HomeAssistant box. The sensor seems stable now that it’s up on the wall:

If you haven’t already done so and if HA UI is not very picky, you should drop Chromium and use kweb or something similar like we use in the latest (not released yet) version of UI.